The exhibition Dust & Silk. Steppe and Silk Roads takes visitors on a fascinating journey through the past and the present, exploring connections between these historical routes and the “New Silk Road”.
Silk textiles and ikat fabrics, tea, and “wild apples” made their way to Europe along these legendary historical trade routes, which also Marco Polo to travel across Asia. Nevertheless, there has never been such a thing as the Silk Road. Neither today nor in the past does it concern only one road or silk as the singular good. Rather, it was and is a loose, changing network of routes by land and sea that connects China with Europe and other parts of the world.

The term “Silk Road” was coined by German geographer and cartographer Ferdinand von Richthofen in 1877. Not only silk but also tea, gold, jade, china and horses were transported on paths through the steppe and deserts between Asia and Europe. In addition, also weapons, musical instruments, Golden Peaches, “wild apples” and spices as well as ideas, religions, art, dreams, knowledge, diseases, conflicts and dust were in motion.
Today, it is also about contact, movement and transport, albeit with other speeds and wares. Large-scale infrastructure projects dominate the regions along the old Steppe and Silk Roads, producing not only dust but also mining raw materials. In Europe, China's planned, global infrastructure network, the "Belt & Road Initiative", is often called the "New Silk Road".
The exhibition presents its objects to track these movements and relationships between Asia and Europe, and to establish new connections between various topics and places. Against this backdrop, the exhibits also reflect the interests of the travellers who brought them to Europe.
The exhibition juxtaposes more than 200 historical objects, artworks and photographic recordings with contemporary artistic positions and current research documents. The exhibits include outstanding collection pieces from the Weltmuseum Wien, numerous loans from national and international museums and collections, and the works of contemporary artists.

Daily except Wednesday
10 am to 6 pm

Interesting facts about your visit 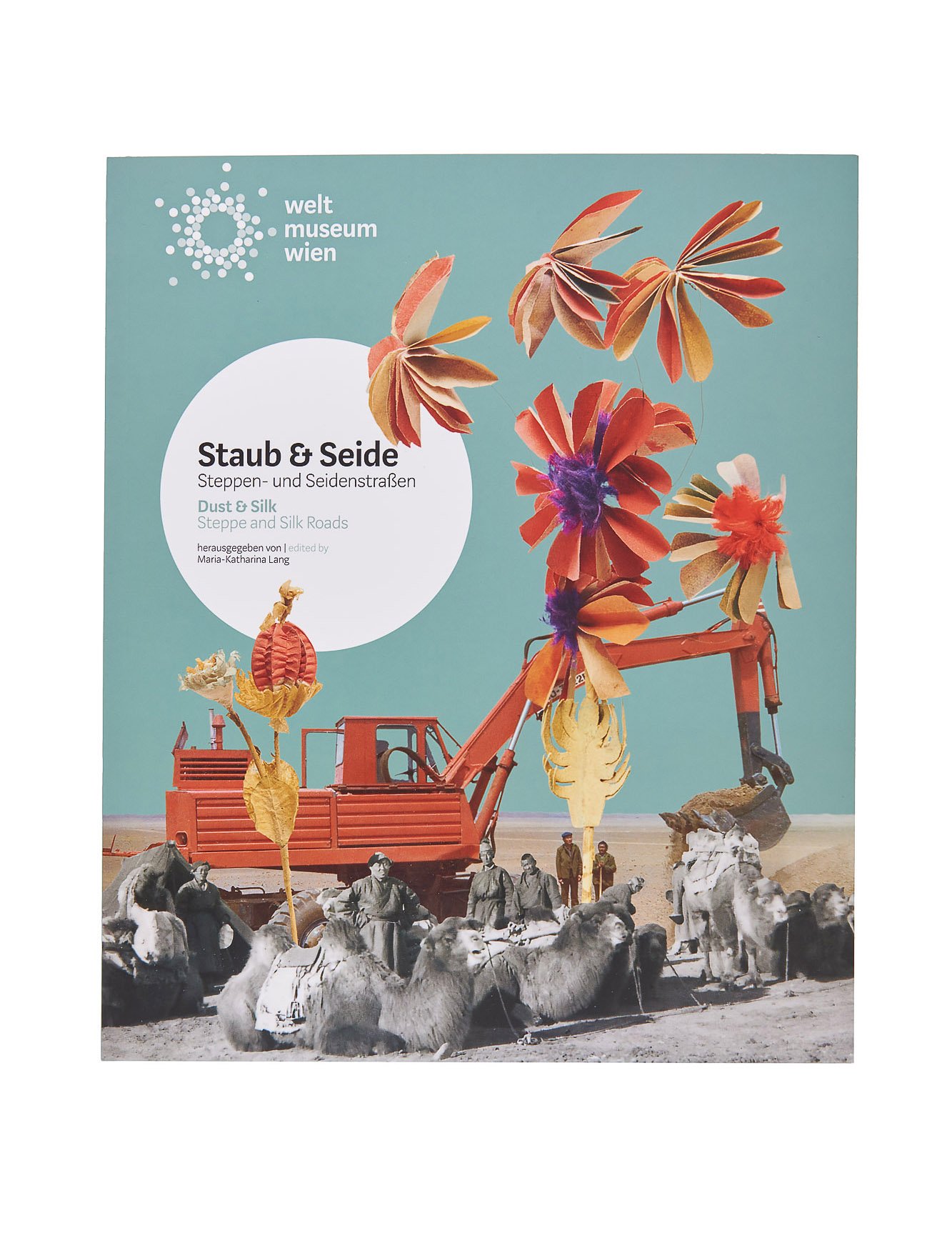 In the exhibition Dust & Silk. Steppe & Silk Roads, a children's riddle rally awaits the young visitors. Even 1000 years ago there were many trade routes between Asia and Europe. Camels, horses and people transported varied things. Find out why people talk about the Silk Road today, what the sky horses are all about and what "bound clouds" are.

An entertaining tour through the exhibition for the whole family, especially for children from 6 to 12 years.

The accompanying booklet is available for 2 euros at the ticket office!

Book a tailor-made guided tour through this exhibition.